Do you have a love for all things shiny and beautiful? If you do, you can appreciate the luster and elegance of the crystal embellishments that are hand-applied to most of the Classical tutus designed at Costume Creations.

When we see their crystalline reflections, we are enjoying the modern version of theatrical garment decorating. Not only are they intricately sewn on in lovely patterns, they are enhanced by the types of stage lighting we have today.

Lustrous Patterns That Reflect The Beauty Of Classical Ballet

Since one of my favorite things about the Classical ballet is the never-ending connection between past and present, I couldn’t help but wonder how tutus and their embellishments looked on stage in the days before modern lighting techniques. Not only were stages lit much differently, but some of the materials that are used to create today’s trims didn’t exist back then.

How Did They Perform Ballet Stories Before Electricity?

Several centuries ago, dance theaters were lit by candlelight.  Before that time, it was common for ballet performances to be held outdoors in daylight. As far as embellishments, many of the garments resembled fancy dresses with large collars and lace details. Tutus would come along much later.

The typical theater used gaslights in strategic spots to enhance the show for the audience. Since gaslight technology for stage lighting became more mainstream after 1845, we can get a good idea of what types of embellishments were available for tutu makers at that time.

Even though the costumes in the video below are not embellished with many reflective materials, the sparkle of the simple dress trim catches the eye. The dark backdrop and lighting overhead create a purposeful focus on the dancing pair. They are known to be in the limelight.

A Limelight was a genuine stage lighting mechanism first used indoors at Covent Gardens in 1837.

Learning how stage lighting evolved is a wonderful way to explore another aspect of ballet history. This is a great example of the magical way ballet sticks firmly to tradition, yet takes advantage of progressive materials.

These Tutu Skirts Shimmer Like Stars In A Night Sky

Enhancing A Tutu Was Very Different In 1832

If you happened to be a tutu maker in the mid 1800’s, your choice of embellishments not only reflected the styles of that era, but the materials that were available for enhancing theatrical garments. Crystals, sequins, embroidered lace and metallic threads are what we enjoy today, but many of these materials weren’t quite mainstream when the first long tutu appeared in 1832. As a matter of fact, many photos and paintings show the long tutu skirt as quite unadorned at that time.

When Traditional Tutu Embellishments Came Along

Of course it’s impossible to cover every single thing that humans have used to decorate their garments since the dawn of time, but embellishments like seed pearls, bone buttons, beads, gold, silver and bronze have been around since Cleopatra ruled the Nile.

If we use our imaginations and step into our pretend time machine, we can get a glimpse of what a tutu maker’s life must have been like back in those days:

1. Since you began your tutu making journey, what have you noticed are the biggest  changes in the world of embellishments?

The biggest change in the world of embellishments is everything is looking a better standard because Tutu Makers have access to so many more embellishments available world-wide on the internet. I would say although it is important how costumes look in photos on the internet,  the real test is how they look and feel on stage. The fabrics should flow, the colours should blend and contrast well with the sets, and the design should suit the dancer and the music.

2.  What would you do if you had to go back in time and make tutus by candlelight?

If I had to go back in time and make costumes by candlelight I would manage quite well because I remember the power cuts we had in the 50s 60s and 70s. We always had candles in the house and I still keep them now. I would carry on just the same. I am of that generation that copes without complaint.

3.  Was there anything better about the life of a tutu maker in the late 1800’s when compared to today?

I think the tutu makers in the 1800s probably had life a lot harder. The costumes had to reach very exacting standards to attract the audience to attend the ballet and go back again. I think today’s audience are generally possibly less demanding on costumes because they are accustomed to seeing simple contemporary costumes. So automatically are quite accepting of anything.

In the 1800s the demand was for absolute artistic excellence. Yes, I think it would have been very hard for them to be successful. We have the option to sell costumes of varying prices online. The costumers of the 1800s would have been extremely “select” and chose from many. Also many more people could sew then. These days sewing and embroidery is a dying art. So we have competition, but easier to cope with.

However, Costumes for Competition I would say have to be of an extremely outstanding standard these days. So comments above refer more to a ballet for a theatre audience

4. If you could  only chose one type of lighting to reflect from your beautiful embellishments, would it be candlelight, Limelight, or modern electric light?

My choice would be natural candlelight to create the magical aura ballet should have. The crystals would sparkle beautifully under candlelight as the dancer moves.

5. Would you ever make a Classical tutu with an unadorned skirt?

I would only make an unadorned skirt for either Practice , Exam,  or if the Ballet Director had absolute simplicity in mind.

For competition today there is an expectation of high level decoration. However, when I competed in the 60s the general rule was white plain tutus with no decoration only.

Speaking about lights and costuming, this beautiful tutu reflects a light spot  from above. The lighting puts that gorgeous section of skirt and embellishment in its own little Limelight.

I love how the combined artistry and talents of the dancer, costumer and photographer make magic for all of us to enjoy.

Although we think of the “spotlight” effect as a modern enhancement for photography and theater, somebody way back in the 1800’s was already trying to make a spotlight invention.

What is most fascinating is the risk they took to combine a mixture of hydrogen and oxygen gas flame applied to a piece of quicklime to see what would happen.

As the lime burned, it created an orange glow. This orange glow was somehow contained and directed to certain spots around the theater to showcase the dancers in a more audience-pleasing way. Isn’t all of this simply fascinating?

The more we think about ballet costumes, the more topics we discover to learn about.

Everything  that we know and love about theatrical garment enhancement is intertwined with ancient history, scientific inventors, unusual contraptions, incredible risk taking and the desire to make ballet performances better and better.

Just when we think we have learned all there is about the art of tutu making, we find more to contemplate ( and love) about these wonderful garments and the special people who make them.

Custom Tutus For The Following Venues : 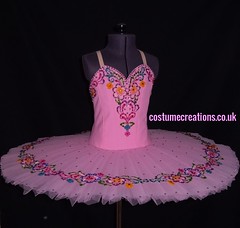 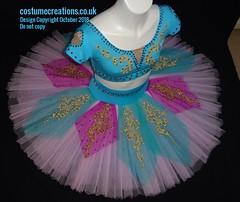 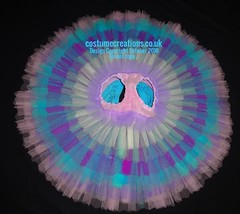 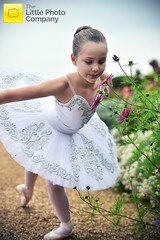 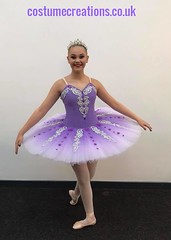 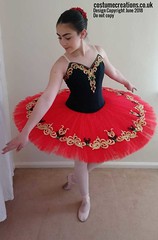 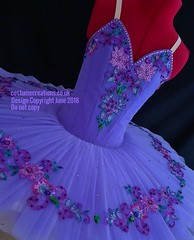 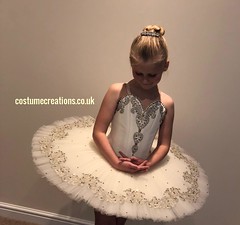 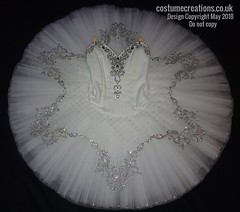 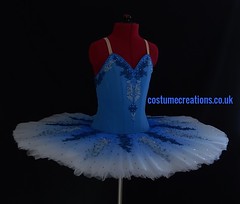 © L.Perry, Monica Newell, Costume Creations UK and Tutu-Love, 2010-2020. Unauthorized use and/or duplication of content or images from this blog’s authors and/or owners is strictly prohibited. © 2010-2020 Tutu-Love All Rights Reserved